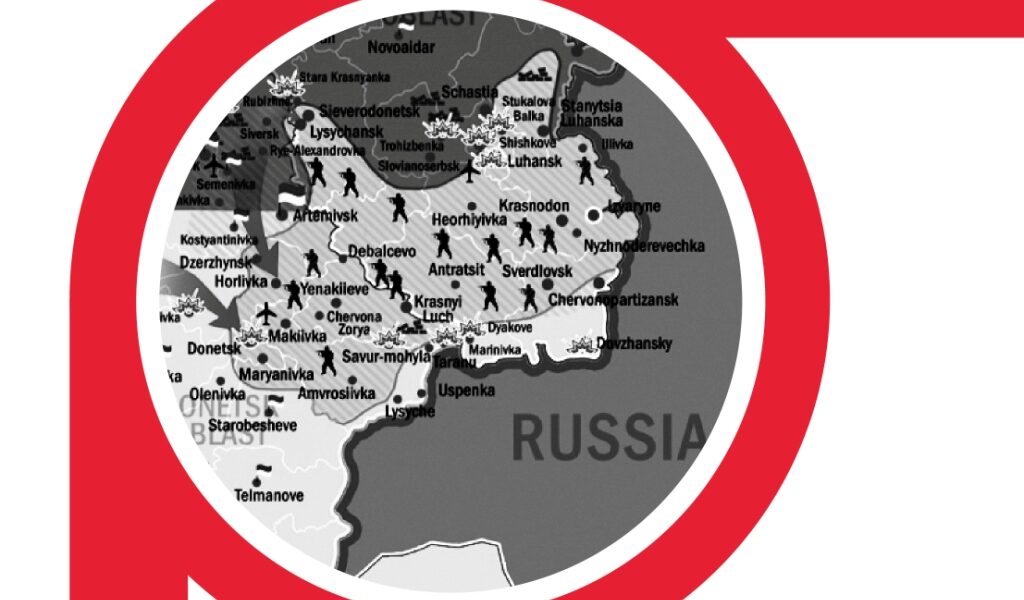 Another seize fire under the Minsk agreements expectedly ended with escalation and Russian Federation’s brutal abuse of international agreements. Russia eloquently reminded us: The Minsk agreements can be fulfilled only on the terms of Russia. When abused in such a way, the agreements do not only change the security situation, but, on the contrary, threaten the Ukraine’s sovereignty. It seems like the world is stuck in attempts to find a solution to the problem where it does not exist. So while the Kremlin is convincing the world that it will be difficult to find an alternative for the Minsk agreements, experts from the Lviv Security Forum have proposed a crash test for Minsk – a real international plan on how to stop the war without Ukraine’s capitulation. Namely, the report searches for solutions on how to restore the territorial integrity and sovereignty of Ukraine in the territories of Donetsk, Luhansk and Crimea temporarily occupied by the Russian Federation and to protect Ukraine from Russian aggression in the future. The report is a result of an expert modeling of the scenarios of resolution of the Russian-Ukrainian conflict.

What do the experts of Lviv security forum suggest?

The main suggestions of the report

The Ukraine’s Western partners should recognize Russia as a party to the conflict and impose international obligations on it to end hostilities in Ukraine. After six years of war and with the protracted Minsk talks, Russia still acts as a mediator, not a party to the conflict. At the same time, the only source of aggression in the Russian-Ukrainian conflict is Russia, so only Russia can stop it. In order to ensure the security of Ukraine and the region as a whole, neither freezing of the conflict, nor Ukraine’s renunciation of the occupied territories, nor the reintegration of the temporarily occupied territories under conditions of federalization is acceptable, as each of these scenarios lays groundwork for a new conflict.

The Great Russia is impossible without access to warm ports. It has always defined its main strategy for expansion – it always needed the Black and the Baltic seas. In order to protect themselves from Russian aggression, the countries of the Baltic-Black Sea region have to cooperate with each other, in particular, by lobbying the region’s interests in the United States and the EU, having a shared understanding of Russian threats and working to reduce Russia’s influence in Europe.

Ukraine should significantly step up its dialogue with Turkey, which today has the strongest defense and security capacities among the Black Sea countries. Given the growing confrontation between Russia and Turkey in the Mediterranean and the Middle East, as well as Turkey’s membership in NATO, such an international alliance has significant prospects for deterring Russia.

Economic sanction shall not only prevail, but strengthen. The EU and the USA should ban ships from Crimea from entering their ports. Currently, sanction is a single effective non-military method of deterring Russia from further aggression.

The influence of monopolist oligarchs on the political system of Ukraine should be limited. Therefore, strict rules need to be put in place to limit the oligarchs’ influence on the political system and their ownership of critical infrastructure. Western allies, in turn, should stop servicing the oligarchs’ money through their financial systems. Ukraine, in its turn, needs to define clear criteria, penalties, and mechanisms for the prosecution of political parties, media, businesses and other agents of influence for the implementation of Russia’s active measures and destabilization of Ukraine.

State institutions of Ukraine must effectively implement communication policies, convening a precise meaning of the concepts of “war,” “Russian aggression,” “occupation” to prevent the influence of the Russian narrative on the Russian-Ukrainian war both within Ukraine and the West. It is only the society, which clearly understands the existence of threats that can effectively resist and react to any further developments.

Russia will always use the mechanisms of the division of society in Ukraine for the purpose of aggression. Therefore, Ukraine must employ various means to promote social cohesion and build civic identity by introducing innovative curriculum related to empathetic education at the high school level. Critical thinking towards manipulative topics and stable Ukrainian identity shall be bred.

The basis of the state’s resilience to external threats should be strong local communities. Further decentralization of power in Ukraine, creating equal conditions for development of local communities and strengthening their capacity is a real alternative to regionalization, suggested by Minsk agreements.

The Ukrainian state should purposefully and systematically collect evidence of Russian armed aggression against Ukraine, file lawsuits in international courts and establish cooperation on Russian war crimes and crimes against humanity with other countries, including the countries of the Middle East.

Ukraine should protect citizens from subversive actions from the outside and maintain security inside the country; 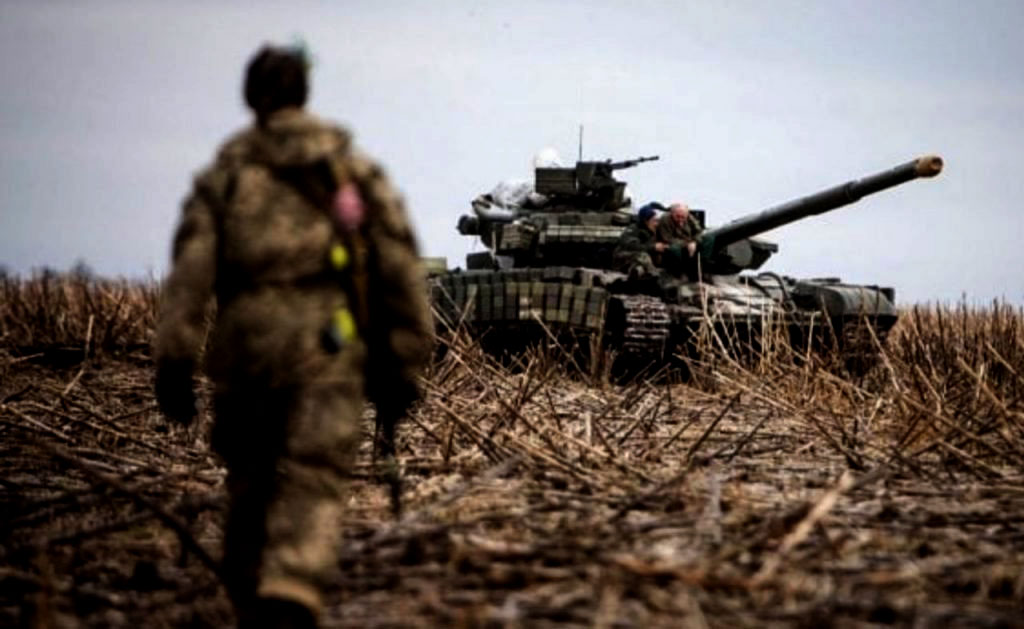 What shall be realized?

First. Russia’s occupation of Ukraine is a historical and centuries-old process

Ukrainian and international society must clearly understand that the Russian-Ukrainian conflict has not started in 2014. It is a centuries-long conflict which has geopolitical nature. Russia’s first attempt to impose the so-called “Russian world” on Ukrainians dates back to the times of Pereyaslav Council, when Pereyaslav agreements were severely abused. Later, Bolshevik Russia starved to death million people during collectivization in 1930-1933 with the same purpose of controlling the resources of Ukraine necessary for its aggressive geopolitical goals.

With the collapse of the Soviet Union, Ukraine was finally able to regain its independence. However, Russia took advantage of the lack of state and administrative experience and during the large-scale privatization freely acquired and privatized the most important critical infrastructure facilities in Ukraine through Ukrainian oligarchs. The Ukrainian oligarchy, having no Ukrainian identity and interest in Ukraine’s development, withdrew and continues to withdraw money from Ukraine, enriching offshore jurisdictions. To maintain their monopolies and guarantee Ukraine’s movement in the Russian fairway, these people established control over Ukrainian politics through dependent media and political projects. After all, today these oligarchs no longer hide their dependence on Russia, openly lobbying in Ukraine and abroad for the Russian scenario of “reconciliation.” It were the oligarchs who became the main beneficiaries of chaos in Ukraine.

All this is done because without full control of Ukraine, as the largest European state with access to two seas, there is no full-fledged Russian Empire.

Secondary. Greater Russia is impossible without control of the Black and Baltic Seas

Russia has never had its own access to warm ports. In fact, this has always determined the main strategy of its expansion – to provide access to the Baltic and Black Seas and increase the buffer zone around the infrastructure and resource “lifeline”. That is why Russian aggression against Ukraine was inevitable.

Therefore, the revolution of dignity was only a pretext for the Russian invasion. The main purpose of the illegal annexation of Crimea and the Novorossiya project was to control the Black Sea and strengthen geopolitical levers in the larger Mediterranean region, as well as an attempt to cut off Ukraine from the Black and Azov Seas, depriving much of industry and access to critical infrastructure. However, Russian attempts to reach its goals under pretext of Ukrainian internal conflict failed, when coups instigated by the Russian Federation failed in most of the cities. Thus, Russia was forced to use weapons and its troops against Ukraine openly. As a result of shelling from the Russian anti-aircraft missile system “Buk” on July 17, 2014, a Malaysia Airlines MN-17 plane was shot down. The war entered a protracted phase. The Minsk agreements failed to restore the sovereignty of Ukraine and end up the Russian-Ukrainian conflict. Therefore, while the Minsk process is stuck in the dead-end and Ukraine and the greater Baltic-Black Sea region is still under threat of further occupation, other international mechanisms should be applied to deter Russian aggressive appetites, experts of Lviv security forum say.